Black Desert Mobile is a role-playing game available for the Android platform. Many other successful releases took place in the same year this game appeared on the Google Play Store, but it didn't prevent this one from achieving great numbers. With more than 10 million installs and a positive rating, it is hard not to enjoy the action you find inside. The first time this title came into existence was on personal computers, but the smartphone version brings beautiful graphics and exciting experiences. It is a mistake to think this release is just a simple version available for mobile devices. The storyline brings war between two lands: The Kingdom of Valencia and The Republic of Calpheon. Even though the conflict wasn't that intensive in the beginning, everything changed when Valencia's merchants brought a deadly disease known as The Black Plague. Due to a large number of deaths and the fact that the people of Calpheon figured out who's to blame, a full-out war starts between these two kingdoms. With the plot out of the way, it's easy to figure out your role in this entire story.

The game contains 13 unique classes, each having its very own dynamic skills. However, when the game came into existence, it didn't have so many character classes. Thanks to a fancy hero customization engine, you can adjust the character's physical appearance to make it look just the way you want. Change the eye color, hairstyle, hair color, ears, nose, face shape, and so on. Depending on our hero's class, we have various advantages and weapons. It's entirely up to us to take advantage of all the positives we have while we're hiding the negative aspects. The weapons available in the gameplay require a bit of attention because some are good for long-range combat, and others don't. For example, you might pick something with a good speed, but it won't be that great if you plan to attack someone far away. The action takes us through various lands where the target is to kill as many enemies as possible. Besides taking down monsters, you can create a camp where you can improve your fighting skills, build various structures, and help the inhabitants upgrade the establishment faster.

Another exciting aspect of this mobile game is boss hunting. These stronger enemies show up in specific locations around the world, and players gather to kill them. If you manage to do so, you'll get rewarded with something nice. The interface gives players access to a maximum of 8 skill slots, but the total amount of skills available in the game is way higher than that. Do your best to equip abilities you can use to kill monsters and defeat anyone in your path. When you no longer want to attack enemies, you can relax while training your favorite pet, do some fishing, take care of your garden, and so on. Plus, we can create rare items for trade or personal use with resources available in nature. Concerning the controls, the game displays a directional stick on the left side of the window, and you can use it to move the hero across the map. The right side shows various buttons for using your primary weapon and abilities. 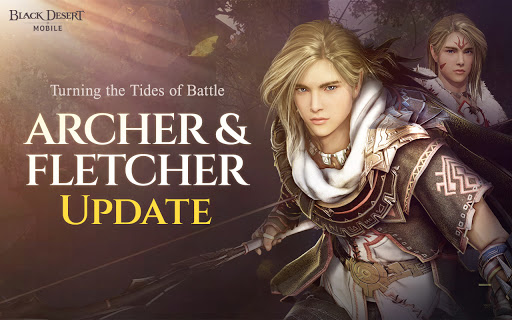 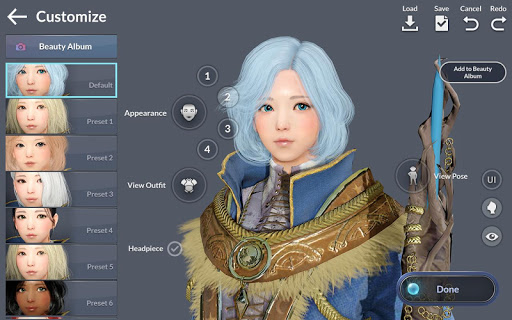 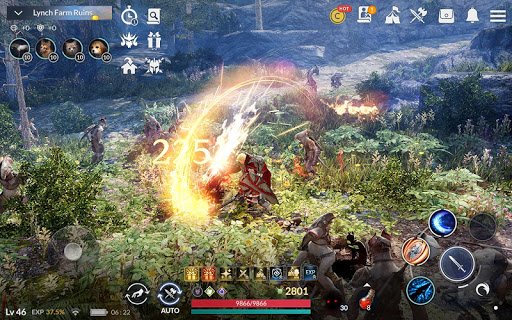