Dragon Mania Legends is a fun mobile game in which you can have your very own pet dragon. That's a great animal to have as your friend. And it doesn't stop with one because we can have as many dragons as we see fit. Even though there are many other similar games in the simulation category, this release still manages to collect more than 50 million downloads and installs through the Play Store. Its rating is up there as well, thanks to a rating of 4.5 out of 5 based on almost 3 million reviews. With all these statistics and proof of success out of the way, let's talk more about the actual gameplay. The whole point is to create an impressive team of warrior dragons to use in battle against various opponents. As you can expect, each dragon requires attention and regular interaction. Don't forget to feed these hungry little monsters! So far, the game brings more than 600 unique species you can collect for your squad.

Not only can we upgrade them to make their skills better, but we can also use the breeding system to create brand new and rare dragons. However, the best way to enhance these monsters is by participating in fights against other dragons. Each battle requires two factions. If you perform well during the conflict, the game can give up to a three-star rating. Failing to get a star enables us to play again until we reach a good rating. Plus, the Academy is there for us to teach superior attacking skills to our little dragons. Practice makes better, as people love to say. Remember to try different combinations during the breeding process to obtain something special. But before we can relax, we have to take back the village from the hands of the mean Vikings. Dragon Mania Legends provides all kinds of content and quests which will keep you occupied for hours. New stuff becomes available with each update so remember to check the game each time you have the chance.

Another great thing about this mobile game is the support it provides for beginners. All new players struggle without help. This aspect is why the interface contains plenty of instructions about choosing dragons, breeding them, completing quests, and so on. Through the mission system, players can experience and pass various challenges in exchange for gold, gems, or dragon food. Some missions have a time limit, and we need to complete them before that time expires. As you can read in the opening of this article, feeding your pets is a crucial task. To fulfill this requirement, we have to create farms and take care of them. You are allowed to make friends and have them visit your island, or you can go to their islands. The chat feature is there to allow players to communicate various strategies to their teammates. You might think this component of the game is not that relevant, but that's a wrong opinion to have. 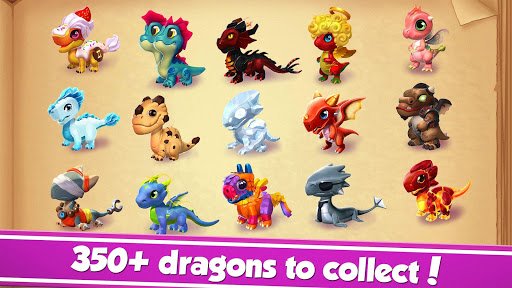 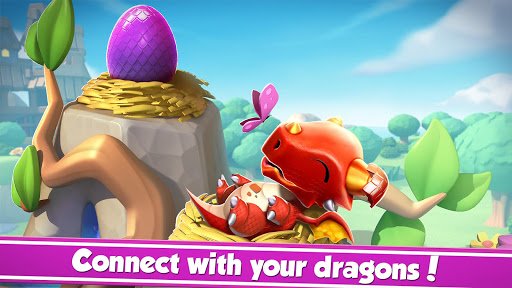 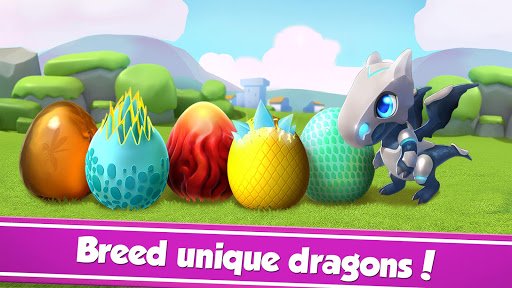