SimCity BuildIt is a video game where you have the chance of being the mayor of your city. This franchise is like a veteran in the building simulators genre, thanks to its original launch in the late 1980s. Since then, not only the technology progressed a lot, but we also have smartphones and tablets now. Even if the years passed by, this game still has the same principles. Your role is to build a city and to run it as best as you can. This time you can enjoy superior graphics and more complexity without having to wrap your head around the features. You start with a small and solid foundation, and you're free to build up from there as you see fit. Many, many smart decisions you will have to make as your city gets more popular and crowded. You are allowed to build factories, parks, skyscrapers, landmarks, and more. Don't make mistakes like placing factories near areas with a high population. This action not only leads to pollution but you will also lose some of your citizens by doing that. Nobody wants to live in toxic air after all.

Strategic planning and execution are a big part of building a large and healthy city. Improve the quality of life and services by building police departments, education institutions, power plants, hospitals, etc. Specific buildings need to be in place in the proper location to improve the tax revenue and population growth. This aspect is critical if you plan to get the most out of your establishment. Failing to respect common laws while you're building your city leads to fires, crimes, and so on. You can solve the first problem by creating hazard departments and have the firefighter squad ready to intervene at any time. If you're the type of player that wants to see everything going up in flames and decaying, you can bring various disasters, from alien invasions to meteorite strikes. Your effort the rebuild the city is well-rewarded by the game with items that you can use to make things better.

Another appealing aspect of this mobile game is the ability to make business decisions by chatting and trading resources with other virtual mayors. The multiplayer aspect of SimCity BuildIt lets you join Club Wars and declare war on other cities. You can do some pretty big damages by releasing disasters on your opponents. The same thing can happen to your city as well; that's why it's critical to have everything well-organized. When it comes to currencies, this simulator has several of them, and you can obtain them by performing specific tasks. For example, you can collect Simoleons by selling items, upgrading buildings, and exchanging resources. Probably the best currency for an avid builder is the SimCash because you can use it to buy and improve your structures without having to wait for time to pass by. You can obtain these credits mostly by buying them with real-world money. The Golden and Platinum Keys are available when you successfully pass challenges and contests. 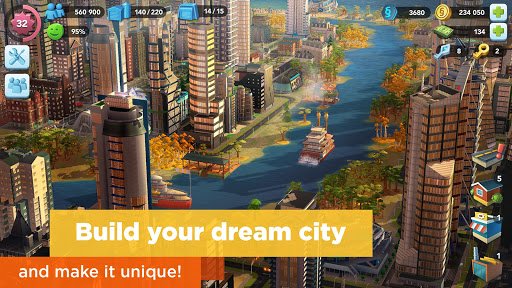 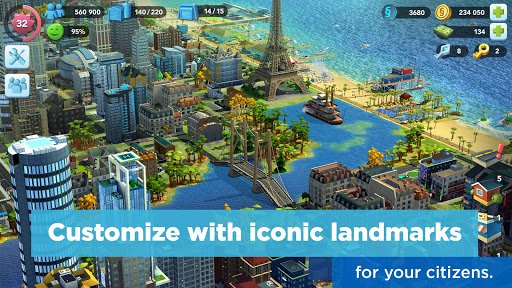 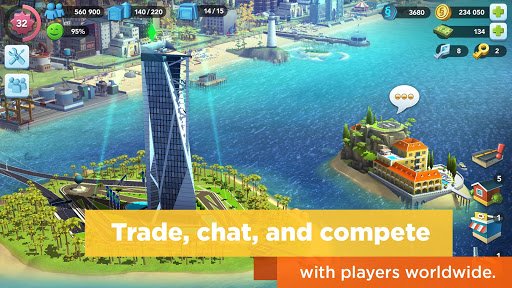 First of all, as soon as you've downloaded the SimCity BuildIt APK, you need to access the Settings panel of your Android mobile device. While you are here, look after the Security section and activate the Unknown Sources feature by checking the box located next to it.

Farming Simulator 14 is a nice video game that takes you to an open world environment where you will have...

Euro Truck Evolution - Simulator is a cool mobile game made for Android devices and here you can become a...

Vegas Crime Simulator is an action game where you get to do all types of criminal activities just like in...