Word Search Ultimate is one of those games in which you can spend some free time completing relaxing puzzles. Unlike other similar games available out there, this one gives you full control over the category of the words used in the actual challenges. For example, inside the friendly interface, you are allowed to select which word category you prefer from a large list that covers animals, birds, sports, clothing, occupations, male names, and more.

To keep the game pretty balanced, it is suggested to select the entire range. You can also configure the grid size by adjusting the number of rows and columns to be used in the gameplay. Not only you can customize almost every aspect of the game, but you can also change the language. Word Search Ultimate brings dictionary support for many languages, including English, French, Romanian, Turkish, Spanish, Italian, Swedish, Greek, Danish, and others.

When it comes to difficulty, each game is heavily influenced by the configurations made by yourself. Another positive aspect of the game is the ability to display the best 20 scores for each difficulty level. Additionally, you can also compare your performance with others around the world as long as you have Google Play Game Services installed on your device. 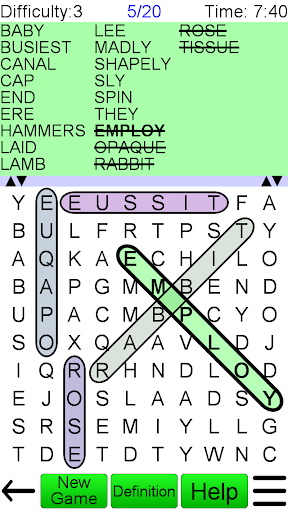 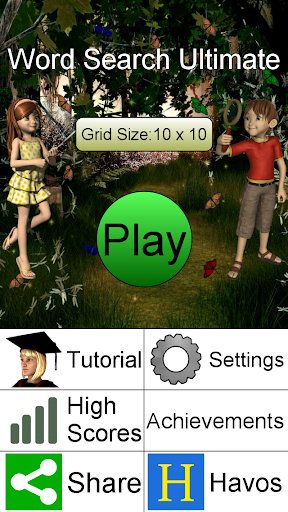 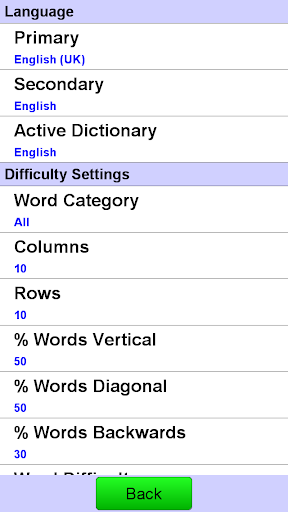 Wordscapes is an interesting mobile game in which you'll have to solve many word puzzles. Just as other games out there, the levels inside this...

CodyCross is an enjoyable mobile game that has you figuring out which words can fit inside the horizontal combinations, in order to create longer words...

Words Story is a fun puzzle game developed for Android tablets and phones, in which you are on a quest to survive and finally excape...