Bed Wars is a fun PvP mobile game released for Android smartphones and tablets, in which you will have to face other players in battle. These players have the role of protecting their own base, and to use their resources to destroy the bases belonging to other teams. The gameplay creates 4 teams, each team containing 4 players. When the match starts, each time is spawned on its own island where they an find various resources.

Another important aspect of Bed Wars is the fact that each team base has a bed. As long as the bed is present, that team is capable of respawning its players over and over. The main mission for each team is to destroy the beds of the opponents in order to win the match. You can use the diamonds, gold, and iron resources to obtain equipment by exchanging them with the merchants on the island.

To reach other islands, you will have to use building blocks to construct a bridge. When it comes to controls, you can move your character across the map by using the virtual directional pad/stick available at the left side of the screen, while actions like running, jumping, and more can be achieved by tapping the buttons found towards the right side of the window.

Bed Wars also uses the slot system where you can place your main items and weapons as you prepare to defeat the enemy. 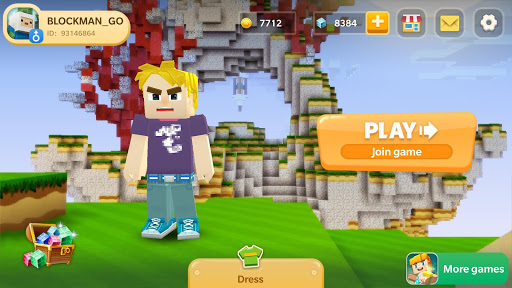 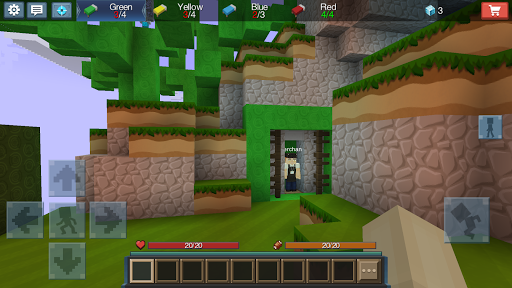 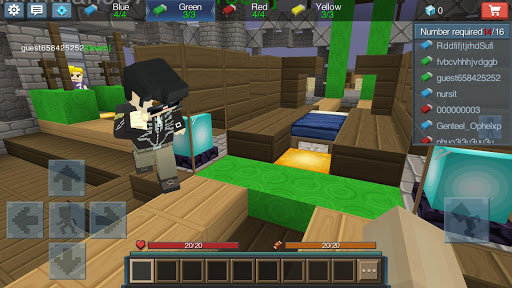