Bob's World - Super Adventure is an interesting mobile game where you will have large amounts of fun while going through an action packed campaign to save the Princess from the hands of a monster. During the gameplay, the protagonist has to face various enemies, including super bosses. The two-dimensional world contains well-designed levels, cool graphics, proper music and sounds, different enemies, boss fights, obstacles, and more.

Your mail role is to manage the protagonist through this dangerous jungle, fight monsters, and in the end save the Princess. In terms of controls, you can move Bob around these missions by using the three directional arrows found at the left side of the screen, while actions like jumping and using your special skill can be performed thanks to buttons displayed at the right side of the window.

In order to use the special skill, first you have to obtain the proper item. You can also collect serious amounts of coins and bonus items which can be used to purchase stuff inside the store. Moreover, besides the regular levels where you're running on the ground, this game also contains water levels. 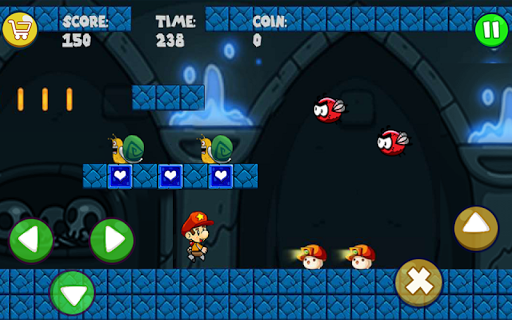 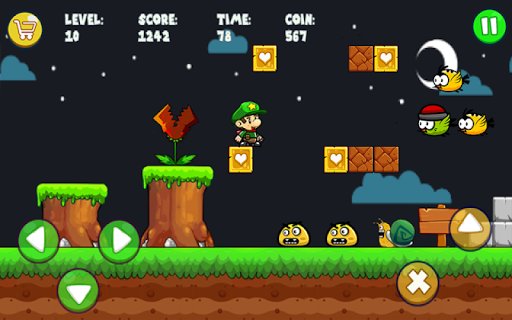