PUBG MOBILE LITE is a smaller version of the already popular and multi-platform battle royale video game. The purpose behind this lite version is to optimize the code for more devices, even if these don't have impressive hardware capabilities like large amounts of RAM. This task is achieved by getting rid of some details without affecting the standard features and the gameplay. For example, the regular version goes well over 1GB in size. Meanwhile, this version stays somewhere below 600MB. Being built using Unreal Engine 4, you will get high-quality graphics. The gameplay remains the same as in the regular version. As smartphones and tablets get more performant, the size of this lite version might get bigger. Not a long time ago, the game had a limit of 40 players during a round. Now that limit is set to 60.

The map also had to suffer changes. Its size is half of the traditional one. The gameplay details are mostly the same. You and the other players involved in the match have to parachute on a map where your purpose is to be the last man standing. To improve the chances of winning the game, remember to search for weapons, supplies, and use vehicles to travel around the map. There are multiple types of weapons, from assault rifles to melee weapons. You can use pistols, shotguns, grenades, sub-machine guns, and so on. Once you defeat an opponent, a good practice is to loot his supplies and take whatever you see as important. The graphics are where you're going to see the difference between this lite version and the original game.

To make the game more accessible, the developers had to reduce the graphics details for environmental objects, like buildings, grass, trees, etc. Plus, when it comes to weather effects, they're not that impressive because you can barely notice them. The sound quality had to stay the same. Otherwise, it would affect the way players engage in battles. Just like you get inside the regular PUBG version, this one you can play with your friends and defeat other teams. The included anti-cheat systems make sure all players involved are playing fair, and they don't use things that give them an advantage over others. Concerning the controls, PUBG Mobile Lite allows you to move the soldier across the environment thanks to a virtual stick and a variety of buttons displayed on the screen of your device. 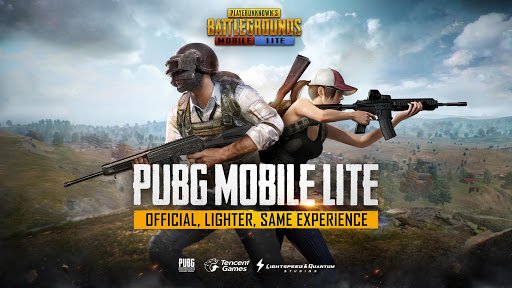 First of all, as soon as you've downloaded the PUBG MOBILE LITE APK, you need to access the Settings panel of your Android mobile device. While you are here, look after the Security section and activate the Unknown Sources feature by checking the box located next to it.

Garena Free Fire is a popular game designed for Android mobile devices like smartphones and tablets. You can have lots...

Mobile Legends: Bang Bang is a multiplayer online battle arena (MOBA) game where you have to face other human opponents....