Counter Terrorist Shoot is a first person-shooter available for Android mobile devices, in which you can have plenty of fun while participating in multiplayer battles. If you want to be good at this game, then you should train your skills by playing a couple of matches. Not only you can play different maps, but you're also allowed to pick between the available game modes: defuse the bomb, mission mode, and zombie mode.

When it comes to weaponry, Counter Terrorist Shoot brings a wide array of guns that can be used to take down the enemy. Your soldier can equip assault rifles, shotguns, and even special weapons. You can move the character across the map by using the virtual stick found at the left side of the screen, while actions like changing stance, reloading, and shooting, can be done by tapping the buttons displayed towards the right side of the window.

The included minimap helps you in the process of figuring out where your team is at the moment. 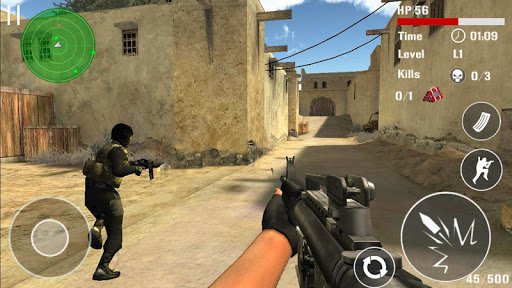 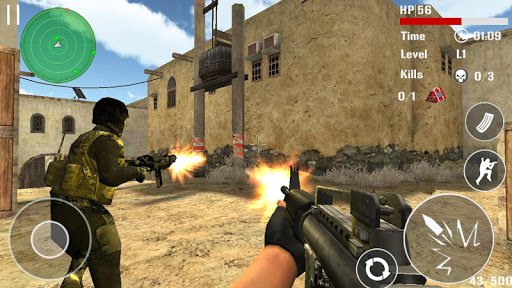