Critical Strike CS is a first-person shooter that lets you enjoy battles between the terrorists and counter-terrorists on your Android smartphone or tablet. All it takes is reading its name to figure out the inspiration behind this mobile game. Every FPS player out there knows about one of the most legendary releases of all time, Counter-Strike. Since there's no official Android version of this popular computer game, many mobile developers started creating copies of it. So far, this version has gathered somewhere between 10 and 50 million installs through the Google Play Store. The rating is nothing to neglect as well because this game sits around 4 out of 5 stars score based on almost 400 thousand reviews. The gameplay comes with six different maps and a wide range of weapons we can take advantage of to defeat the enemies. All it takes is to play a couple of matches to figure out how recognizable these maps are.

If you've played CS on your PC in the past, you have a decent advantage because you already know pieces of these layouts. Players can experience the action across five combat game modes: Team Deathmatch, Free for All, Defuse the Bomb, Custom Match, and Private Room. The first three modes come by default in many video games from the same genre, but the last two don't come with all titles existent on the market. A TDM match contains two teams. The faction that manages to collect the most kills before time runs out is the team that wins the battle. Inside the FFA mode, every player plays for himself because he has no allies and no team whatsoever. Be the one to achieve the most frags to win the match. Defuse the Bomb is a classic game mode in which the terrorists have to plant an explosive package and one of the available sites, while the counter-terrorists have to defuse the explosive before it blows.

Thanks to the Custom Match mode, players can now create their own game with special rules. If you have enough friends and want to play with and against them, you can use the Private Room section. Regarding controls, all we have to do is use the virtual pad available on the left side of the screen to move around the map. With the other buttons present inside the interface, we can aim the weapons, jump, crouch, change guns, and so on. Since this game is all about shooting the opponent, Critical Strike CS brings a collection of automatic rifles, shotguns, pistols, snipers, and even grenades. Also, even if there are two teams, the game provides different factions. For example, the CT side can play as Spetsnaz, GIGN, SEAL, SWAT, etc., while the Terrorists can be Balkans, Gangsters, Anarchists, and more. Even though the graphics are very detailed, you can still play this mobile game on weaker Android devices thanks to optimizations. 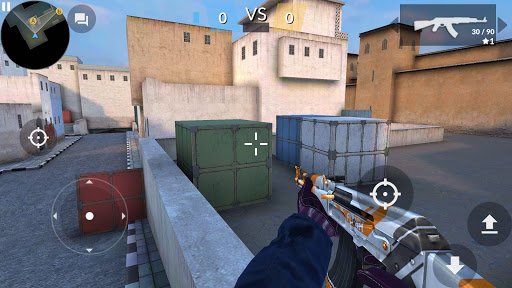 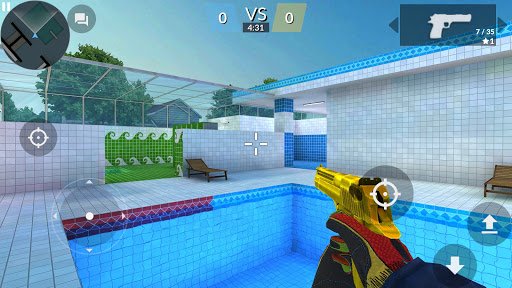 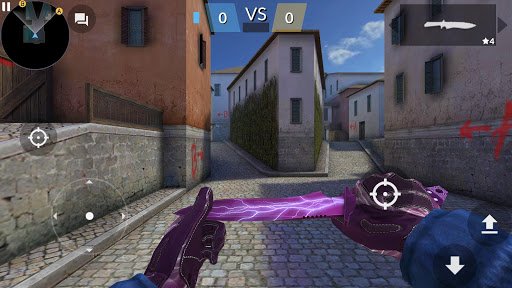