CrossFire - Legends is a first person shooter which lets you have fun playing multiple different game modes. The first one is known as Mutant mode and here the fight happends between two factions: humans and mutants. basically, the gameplay has zombies trying to infect humans, and humans have to kill zombies. The faction that manages to take over will win the match.

Another gamemode is TDM (Team DeathMatch) where you are required to kill the required number of enemies in order to win the match. As you expect, there's a time limit. The Battle Royale mode lets you play the game of survival in solo, duo or squad system. A good amount of players are thrown onto a map and the last one standing is the winner.

Be sure to look for supplies, equip weapons, stay away from the sandstorm, and use smart tactics to survive the fight. The cool thing about CrossFire - Legends is that the game works on multiple devices. When it comes to moving your character, the controls are very similar to ones used by other FPS games available for Android. At the left side of your touchscreen, you will find a virtual directional pad that can be used for moving around the map.

There are many common actions like reloading, aiming, jumping, proning, and more, that can be performed with the help of the buttons shown towards the left side of your screen. 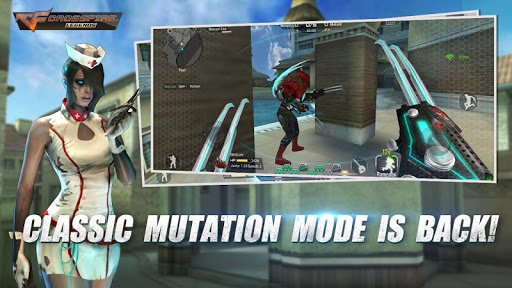 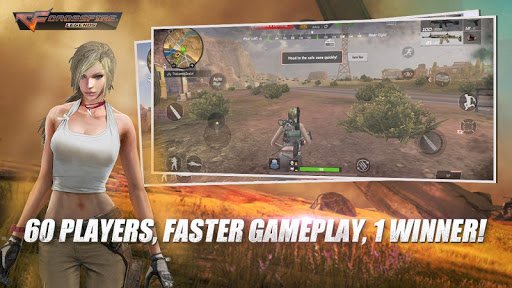 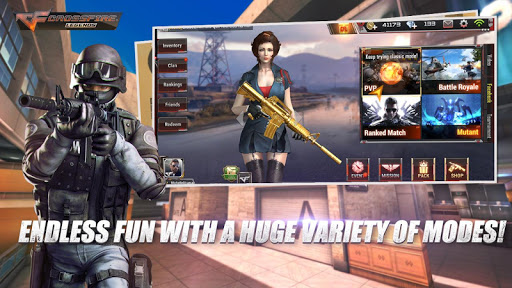