Hungry Shark World is an action game in which you find yourself playing as a shark that feeds on people, turtles, fish and other sharks. The worlds included in this mobile game are quite large. You are able to explore the Arabian Sea, Pacific Islands, Artic Ocean and more. The controls are very basic and you can move this shark around the world with the help of the virtual stick displayed on the screen of your device.

As you can probably expect, there are many sharks available for unlocking as you progress through the game. More than 20 different types of missions are included in Hungry Shark World and you will have to fight dangerous enemies, obtain high score, etc. Many creatures can be found under and above the waters. In fact, you can feed your shark with 100 creatures.

In order to receive some help in your quest, you can use predatory pets such as whales, octopus, bald eagle, baby sharks. The nice thing about these creatures is that each one of them comes with special abilities. Another way of controlling your hungry shark is by tilting your Android device. Keep in mind that you can also be attacked by bigger sharks and human beings. 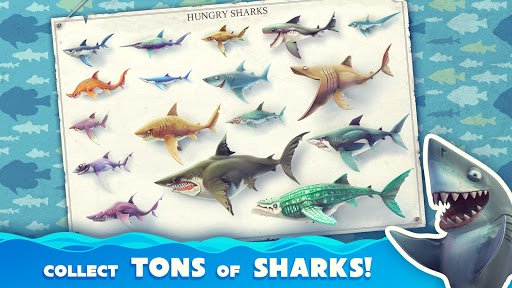 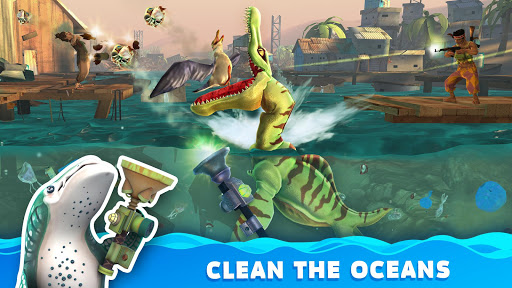 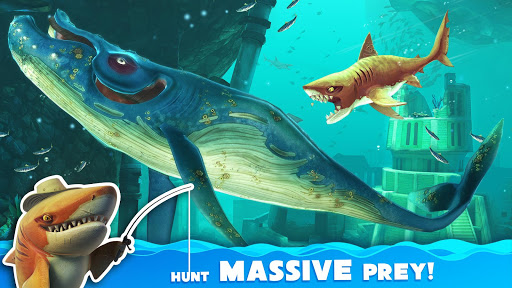